You are here: Home / Gurujī's seminars / Śiva, the Subject, remains constantly united with the objects manifested by Himself

As has been said in Mālinīvijayatantra: 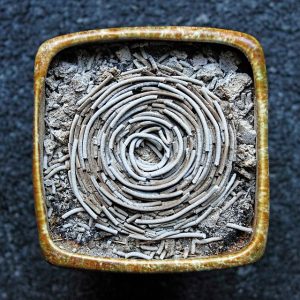 Explanation: After conferring Grace (bestowing Grace) on the limited individuals, these divinities (Anantabhaṭṭāraka and the rest) are gone. Where? – Padamanāmayam (Where there is no disease). In Spanda there is no disease, there is no trouble, there is no problem. Mālinīvijayatantra appears to agree with Kṣemarāja that the Mantra-s give Grace to the limited beings and next the Mantra-s merge into Spanda. But No. Because this is a fragment of Mālinīvijayatantra. Yes, I can give Grace to you now. But it’s not Gabriel, it’s Śiva! You understand? So, even if the Mantra-s give Grace, that is not themselves. It’s Śiva alone. It’s His Power.

Kṣemarāja is very fond of objecting himself.
An objection: In the case of the senses of limited beings and in the case of the Mantra-s (the divinities), both things emerge from Spanda – The Mantra-s and the senses. Why don’t the senses have the power of Omniscience, Omnipotence etc.?
The reply: It is said the Great Lord by means of the Māyāśakti (the Power of the Lord to create duality) manifests and investigates this body, this senses, etc. which are full of duality (differences). He investigates by means of Vidyāśakti (the Power of Knowledge). He creates all these bodies and next He investigates all these bodies. He creates Mantra-s out of impressive Śakti-s which have the nature of the ether of Consciousness.

The senses are inert (dead matter). Only the Karaṇeśvarī-s (the goddesses of the senses) are alive.

What Kṣemarāja is trying to express is that the senses are not omniscient as the Mantra-s because they are inert (dead matter). Only the Karaṇeśvarī-s (the goddesses of the senses) are alive. They are Divine. These words used as mantra-s thus never abandon His state as the subject, even when they are immersed in duality (in Māyā). Never. They are constantly subjects. They are niranjanaḥ. They are all the time subjects (and not objects), even in the middle of limitations. For example, in the middle of bodies (Puryaṣṭaka –subtle body–) etc.

Translation and Explanation: This pot is all the time of the nature of the Power of the Great Lord. It all the time shines with the nature of the Power of the Great Lord. Beyond name and form (nāmarūpātirekiṇī). This pot has never the nature of “this”. It’s really the subject expressed as an object. So, even the objects are subjects in the end. Because these objects shone forth from the subject. You understand this? This object is constantly united with the subject. This is apparently very difficult to understand. But when you watch a cushion (for example), you are united with the cushion! What is the bond (the link)? Your perception! The object, the knowledge of the object and the subject (You). So you are united with the object. There is no difference between you and the object. The differences are only in the level of ignorance. When you have real Knowledge, when you are Suprabuddha, you understand that you are the objects. Because all the objects were manifested by the subject (You). All these objects are resting on you.

Without you, all those galaxies and stars would never exist.

For example, if you watch the stars –millions of stars– in a clear night of winter, you start to think: “Oh my God, I am so tiny and the universe is so big”. No. This is false. Your body is little, not you. Because all those objects were created by you (the subject). You are completely united with all those stars and galaxies because you are watching them. As you are one with your knowledge and your knowledge is one with the objects, you are one with the objects. So, why do you believe that those stars and galaxies are so big and you are so tiny? Because of Māyā. This is Māyā (Ignorance). Because without you, all those galaxies and stars would never exist. Never. So, in this world of duality (in the world of Māyā), we are all connected. We are connected by our perception, and this perception is one with the subject. So all that you are perceiving is one with you. Because your knowledge about that object is one with you too. So there is no duality really. It’s a Joke. Because you are one with all.