For example, Final Liberation is a beautiful lady. So you have to conquer that lady. Okay, what do you do first? You go with flowers. You start to be near that lady, to speak with that lady. Sometimes for many many months you try and try and try. It’s the same with the Yogī. He practices, meditates, studies scriptures. But one day that lady says “Yes”. So you have the right to touch her. Before, “No”. You understand? Next, “Yes”. So next, more and more and more. Finally, you get married to that lady and you have full right to do many things. So at that time, you don’t think: “Okay, now I will start from the beginning; trying to conquer the lady again”. No, you enjoy only. You enjoy the lady. You don’t have to conquer her again. Because it’s already conquered. You understand? So you enjoy. You enjoy what you have gained through enormous efforts. Sometimes, of course, the lady is conquering the man, or sometimes it’s just spontaneous. But sometimes men have to make many many efforts to conquer a lady. But once she is conquered, you enjoy her. You don’t waste your time trying to conquer her again. So, if I meditate is because I am trying again to realize Śiva. It’s stupid. Because I already did it. So I just enjoy Śiva. What’s the point for me to meditate again? That’s why I remain like this many times (with open eyes). But I am conscious. I am not in the void, I am not in anything. But you are meditating because you are trying to conquer the lady! You understand? So you have to meditate. But once you conquer her, it’s enough. So all these efforts you make now with seminars, with the service… for many years (very possibly) is not forever. It is not forever. And the rewards are tremendously… not in proportion to the efforts; it is not proportional to the efforts. Because it’s tremendous reward.

Aphorisms 14, 15 and 16 are commented by Kṣemarāja simultaneously.
An objection!: In “in whom all this universe rests, etc.” –in Spandakārikā-s I, 2–, it is said that in the case of Consciousness there is Its assuming the form of kārya or universe. Consequently, “an artificial form consisting of a negation –void– was assumed by It –because void is also part of the universe–. Such an artificial form has arisen from Its act of abandoning That –Its own nature–”. How then is It –Consciousness– said to be uninterrupted Delight of I-consciousness and devoid of stupefaction or insentience? Thus, Vasugupta said the following with reference to that doubt or objection:

Translation: It is said that there are two states in this principle of Spanda, viz. the state of deed and the state of doer. Of those, the state of deed is perishable, but the state of doer is imperishable||14||
Only the effort which is directed to deed disappears in this state of Samādhi. When that effort has disappeared, only a fool would think “I have disappeared”||15||
There is never cessation of that inner state or nature which is the abode of the attribute of omniscience, on account of the nonperception of another||16|| 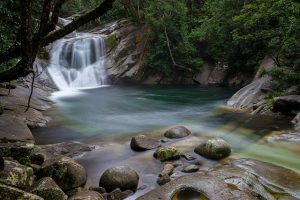 The state of doer (Śiva-Śakti) is imperishable. But the state of deed is perishable. So when you attain trance (samādhi), your effort disappears. You only enjoy. I told you before. You are not trying to conquer the lady again. No. You just enjoy the lady. But, at that time only a fool would think “I have disappeared”. Only the effort disappears. There is never cessation of that inner state or nature which is the abode of the attribute of omniscience, on account of the nonperception of another. So, even if in front of us there is a void, our nature is never ceasing. You continue to be Śiva all the time.

Kṣemarāja explains: He –Śiva– exhibits this state of deed –manifestation of objects– of His in this way: By means of the process of uniting and separating various manifestations such as space, time, etc., He makes appear other endless manifestations such as body, blue, etc., which, though nondifferent from His essential nature which is Consciousness, shine forth as different, like the reflections in a mirror. And whatever He manifests, all that, because of its being manifested, is perishable with reference to its external form. Nevertheless, its destruction is abiding in the form of Aham or Śiva by plunging the manifestation of Idam or This –the object– –so, there is no real destruction actually, but a mere withdrawal of the objective aspect or manifest form, i.e. in the Self again–.

Nobody died ever. Ever. In this world. This is a mystery.

When you die, you cannot die. Because if you die, you cannot die. For you to die, you have to be alive. You have to exist. If you don’t exist, you cannot experience death. So there is no real death. Because the one dying is alive *Hahaha* even in the middle of death. That’s why he enters into the void of death. Next, he is reborn. Because Spanda continues alive in him. All the time. So he never dies. It’s an illusion. Nobody died ever. Ever. In this world. This is a mystery. The teacher that tells this truth to an ignorant person goes to hell. It’s not proper to teach all this to common people or beginners. It’s only out of ahaituka karuṇā (Causeless Compassion). It’s not Compassion. It’s Causeless Compassion. Because there is no cause. A cause could be for example, “Oh my God, this disciple is tremendous”. But till now I never found a tremendous disciple – “Oh my God, he deserves all these teachings”. So it’s Causeless Compassion. So if some day you meet with another Guru and that Guru asks you why does he have to teach you something about the Highest Reality, you must reply: “Out of Causeless Compassion”. Because if you say “Out of Compassion”, he will ask: “Compassion, but for what reason?”. “Who are you for me to be compassionate to you?”. So, “Causeless Compassion”. So you block any other argumentation by him.

Commentary: Besides, on account of the nonperception of another —in the sense of nonperception of an external effort on the part of the senses during deep sleep, etc.— how is the cessation of the internal principle of Spanda –of the Subject– suspected by the fools? Because, on the cessation of one thing, how is this cessation occurred to another thing? So, even in the absence of another (like in the state of deep sleep when there is nothing. There is void), principle of Spanda –the Subject– never disappears.

I cannot recollect a period of time when I didn’t exist. Never. This is the Spanda. You are the Spanda!

How is this proved by one’s own experience? Do you remember an occasion when you were not existing? Do you remember your non-existence? No. You, in theory think: “Oh yes, before my birth I didn’t exist”. That is a thought. But your sensation (your perception) is “No, I all the time existed”. Existed. “I existed”. I cannot recollect a period of time when I didn’t exist. Never. This is the Spanda. You are the Spanda! It’s very simple. So, Final Liberation is like this (finger snap). A recognition.
Excerpts retrieved from 32:51 to 36:36 and 41:00 to 1:11:22 of the video Spandakaarikaas Seminar – chapter 1 – 4: