You are here: Home / Gurujī's seminars / Śiva’s Grace accomplishes the task of destroying the root of saṁskāra-s

This creation is for His enjoyment.

You attach your “I” to the action. When you attach Śiva to action, that creates a Saṁskāra. 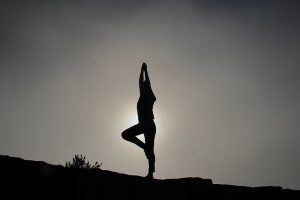 So, liberation is the most important thing in life. So people ask, “Liberation from what?”. From bondage. They say “What bondage?”. I will show you. Action with attachment. This is bondage. And because there is action with attachment, you return and return. I am now in this body. Next I die, I will get another body and return here and return here. Action with attachment is… What is in Sanskrit the word? – Saṁskāra. Accumulated impressions of your actions. So, you do an action with attachment. What is with attachment? You think “I did it”. It’s attachment. You attach your “I” to the action. “I did it”. Good or bad action, it doesn’t matter. You did it. So you attach Śiva (I, pure I) to action. So that creates a Saṁskāra. Saṁskāra is accumulated. In all your Suṣumnā. Suṣumnā is a subtle channel running from the base of the spinal column up to the crown of the head. So inside Suṣumnā, in the internal wall of Suṣumnā (it’s like a tube – Suṣumnā), all the Saṁskāra-s. If you don’t destroy those Saṁskāra-s, you cannot get Liberation.

Vāsanā is like the receptacle, and when you do an action, you put Karmāśaya inside. This Vāsanā that was only a tendency before, becomes a Saṁskāra.

Because all the time these Saṁskāra-s force you to return. All the time. They are very strong. There is a misunderstanding with vāsanā and saṁskāra. vāsanā is not saṁskāra. vāsanā is tendency. You have many many vāsanā-s, but they are not saṁskāra-s. For example, most human beings have criminal vāsanā-s. They can kill people. Criminal. But they don’t do it. It’s only a tendency. No action. Now, if a person does an action (a crime, commits a crime) and he thinks “I did it”, so that… saṁskāra. vāsanā is like the receptacle, and when you do an action, you put karmāśaya; you put karmic content inside. “karmic” is “related to actions”. So, this vāsanā that was only a tendency before, becomes a saṁskāra. And saṁskāra is full. Has power. Has power to bind you. For example, you kill a person, the police will catch you. Your saṁskāra created the police. Attracts. And the police comes to you. Before the action, nothing. Only a tendency. You understand? When you do the action, it’s a problem. So, this is the cause of bondage – Saṁskāra. Actions with attachment.

Without His Favour, we cannot advance. Because we have no idea how to destroy the saṁskāra-s.

Guru is the personification of Śiva. What Guru knows, nobody knows except Him.

When you are in deep sleep, when you dream about nothing, you are with saṁskāra-s there. But you don’t realize that. When you wake up, at that time you realize that you were in the void (in deep sleep). But not during deep sleep. To touch saṁskāra-s without knowledge is very dangerous. For example, you have many bad saṁskāra-s from previous lives. But in this life, those saṁskāra-s are deactivated. If you touch that in ignorance (without knowledge), you can activate those saṁskāra-s, and you will have a tremendous problem. Lack of balance in your machinery. Complicated. So, thank god, we cannot do it directly. Protected. It’s protected from our ignorance. So, only Śiva can touch there. Or Guru. Guru is the personification of Śiva. Because what Guru knows, nobody knows except Him. So people want to change, want to change fast, but it’s not so simple. It’s not so simple. Because, for example they want to change something. But to change this, you don’t have to change this. You need to touch another saṁskāra. And this saṁskāra will affect this saṁskāra creating this in your mind. As you advance in spirituality, you are surprised. By what? By your saṁskāra-s. Because before you thought “Oh, I thought I was different”. No. For the better and for the worse. You discover new things there.
Excerpts retrieved from 25:13 to 41:10 of Shivasutram FULL – Section 3 – Aphorisms 12 to 16 – Part 4: