Translation: Wherein there is neither pain nor pleasure nor object nor subject; wherein the state of insentience does not even exist… that is, in the highest sense, the principle of Spanda.

Insentience is stupefaction (deep sleep, void). That is called “stupefaction” by scholars. 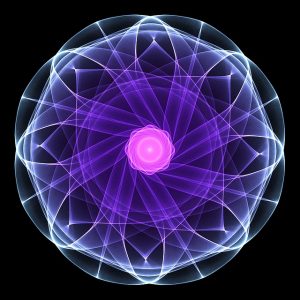 Commentary: Here –i.e. in this world–, whatsoever internal object such as pain, pleasure, etc., whatsoever external object such as blue, yellow, etc., and whatsoever experient of this –i.e. of these objects– such as Puryaṣṭaka –subtle body–, gross body, Indriya-s, etc. there may be… all that is like deep sleep. So, it can be said that evidently does not exist as long as it is not perceived.
Nonetheless, when all that, (i.e. objects and experients) is perceived, then, even this –i.e. objects and experients– which is being perceived, since it is full of Caitanya or Absolute Consciousness, is just Absolute Consciousness. This is the conclusion one arrives at.

So, this is the universe. All that you are not perceiving is unmanifest. It’s as if it doesn’t exist. For example, you now have no wife. Because she’s not manifest. This understanding is very important in Trika. If you go to the galaxy, to the planet,… No. Śiva is here. When you advance (walking or whatever… running), you are like with… you are in the center of a big pie. This pie is formed from Guṇa-s; the Guṇa-s moving. Objects, people… around. The people that are passing by and are lost are completely non-existent afterwards. You don’t move. You are Śiva! It’s the pie that moves. And so Śiva feels that He is advancing. But you are not advancing. You are all the time in the same place. I have this experience very clearly when I travel by plane. All the time in the same place! Looking to the window “Oh, the different countries. Oh my God, the sahara desert”. Cheat! Śakti cheating. “Oh, the turbine…”, What turbine? The rest of the plane is non-existing. *Hahaha*. Śiva reached Moscow with one turbine, because the other turbine was unmanifest for me. Because I was watching only one turbine. The other turbine… No! So with one turbine reached Moscow. This is a cheat. It’s a cheat.

For example, Śiva is inside the plane and the temperature outside: -40. Outside. Altitude, temperature… all is the cheat by Śakti! What temperature? It’s only an invention. But Śiva is like “Umm, I believe you Śakti”. It’s all a cheat. A cheat! Because all that is unmanifested… it’s as if non-existing. Even your body now, a part of your body is non-existing (is unmanifest). You feel your back but you don’t see your back. This feeling is Śakti. It’s Power. So you touch… and that Power… infinite… Śakticakra is many many sensations and experiences. For example, my back. But you don’t see your back! But you feel “Ah, my back”. All that is completely unmanifest. But those Śakti moving makes you feel that they are really there (inside you or behind you). So you are most of the time with your body half manifest and the rest of the body unmanifest. Completely ridiculous.

So you are all the time with manifesting, unmanifesting. You are with that pie moving… all your day. People appear in that pie, and go. So Śiva thinks: “Oh, I am this guy”, “I am this lady”. But really… it’s an invention. “I am driving this car”. What car? The car is there. Yes, it’s real, but it’s not moving! It’s moving… the street, not the car. This is an experience. When you are meditating hard, you experience that the thing moves, not you. And all the other cars… to make Śiva feel that this world is completely real and solid. It’s a cheat!

Have you ever experienced that… for example, you knew that some building wasn’t in that street. But all of a sudden, that building appeared there and you have no idea how. You are completely sure: “No, it’s impossible!”. In that corner, for example, no gasoline station. No no. But one day: “What is this gasoline station doing here?”. And it’s not new, it’s old! For example, you ask people and… “No, long time ago this gasoline station…”. Have you ever…? I had this experience. I remember. A disciple of mine at that time told me: “It has been just painted by Śiva”. But it wasn’t new! It was an old… We were told: “No no, it’s many years ago”. “No! It’s impossible”. All the time passing by that street. No, it’s an invention! But here you are… the gasoline station. “Okay”. Cheating.

Śakti manifests the universe, but sometimes changes something. So Śiva is shocked: “What happened!?”. So He tries to explain this by logic. But there is no logic.

Have you ever had the experience of… something moves in your house and you have no idea how. For example, you left something in some place and next it’s not there. “Where is the…?”. Another place. “But nobody was here”. Maybe the dog in your case… or maybe… but you have no idea what happened. Because Śakti manifests the universe, but sometimes changes something. So Śiva is shocked: “What happened!?”. So He tries to explain this by logic. But there is no logic. It’s impossible.

What universe you see? Only this (around you). Don’t think about the rest. Because when you start to think about the rest, you go crazy! One day you will feel like a microbe and the rest of the universe is immense… and you are there… a horrible person in that horrible planet. A stupid planet that nobody cares. So you feel horrible. Because the universe is so tremendous. That is a cheat! It’s a cheat. Because you are Śiva. Because that universe (immense universe) without you is non-existent. The sensation of being so tiny is because you are identified with your body. So, yes, your body is tiny and “Oh, my god, the galaxy”. But you know – You are not tiny. You are the Lord! You are not tiny.

Commentary: An objection: “Thus, when there is extinguishment of all objects and their respective experients, the Supreme Principle is solely a Void”.

Again with the void, my God. For example, all the objects unexperienced that now we are not perceiving… all that. What is all that? A void? No. No. Vasugupta said “No”, and He added “And there is not even a condition or state of insentience”. So Spanda is not even the condition of insentience (the void)… is not even that. In Spanda, there is no void. No void. So, all that is not manifest here –all that is outside this pie (senses with the mind…)– is Consciousness, not Void. Is full of Śiva; but not Śiva as objects or subjects, but Śiva as Consciousness. Imagine a wave like this. This is our pie. The rest is existing, but as Consciousness only. No movement. No Spanda there. No Śakti. Only Śiva. Pure Prakāśa. Here, there is Vimarśa (Śakti)… conscious, moving, investigating, intelligent. This is Vimarśa (Śakti). Beyond this pie, this big pie around every person… walking… Śiva only, Prakāśa.