You are here: Home / Gurujī's seminars / Śiva warns Śakti: “You are my own Form”

The venerable Goddess said: Om̐, salutation to You, oh Lord of the chiefs of the gods, oh You who are higher than the highest, oh Guru of the world. Oh You who are always auspicious, oh great god, give me the Guru’s initiation||2||
By what path –mārga–, oh Master, does a being endowed with a body become identical with Brahma –the Absolute–? Have mercy on me, oh Master! I bow to Your feet||3||

Translation: The Lord said: Oh Goddess, You are my Form. I say this because of my love for You. The question You asked me, which is for the benefit of the world, has not been asked by anyone formerly. 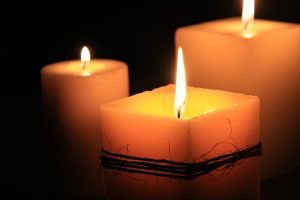 Śiva warns her: “You are my own form”. He revealed the Truth! “But anyway I will play with you this play of duality. I will reply to your doubts”. Because She is descending. Because to ask a question… For example, I don’t have any questions. If I go to a Guru, I cannot… I don’t have any questions. Because when you have a question, you are a disciple; you are not Guru. The Guru has no questions! That’s why the Guru is not interested in going to other Guru-s to learn something (about spirituality). He is not interested. About spirituality, He has no questions. About Śiva, about the Self – No doubts. Disciple has doubts. About “Who am I?”, “How to reach the state of Samādhi?”. They have doubts! They have a lot of questions.

Śiva said to Śakti: “You are the disciple, but remember that you are me too at the same time. Remember the truth. Next, play like a disciple”.

So, Śakti in Gurugītā asked the Lord something… at first… in the hymn. So Śiva reminded Her, “Yes, okay. Now you will play like a disciple. You are assuming the form of a disciple for the sake of this delight… delight of this hymn… of this teaching. But remember: tvam asi mama rūpā (You are my own Form; You are my own nature)”. Because if you don’t remember this, you cannot play in a good way. Because you are all the time prone to attachment, to pain, yes? to suffer a lot. So, “You are the disciple, but remember that you are me too at the same time. Remember the truth. Next, play like a disciple”. This is the meaning. That’s why He says this at first! And not at the end He said to Śakti, “Oh, you are my…”, no no. At first!

So you are trying to become Śiva by being Śiva first. This is the real way to reason. This is a intelligent person in spirituality.

“So play this game Śakti…”, Śiva told in Gurugītā, “…of duality, you are disciple, I am the Guru, but remember that you are me! from the start! Because if you are not me from the start, you cannot attain me at the end”. But this is the logic of God, not the logic of humans. Humans don’t think like this. They think, “No, now I am not…”. Like when you say, “Okay, now I am not an engineer. After studying a lot, I will be an engineer”. Well, with the Lord, it’s not like this. If you are not the Lord, you cannot be the Lord later. You cannot. So common people say, “Well, if I am the Lord now, what’s the point of making efforts?”. This is their logic. So they stop. They say, “Oh, this is stupid, absurd”. It is absurd in the kingdom of humans, not in the Kingdom of God. In the Kingdom of God, it’s very very logical. Because if you become the Lord, and you were not the Lord before, so you can lose again! So it’s not real achievement. It’s temporary achievement; it’s not worth your effort. So you are trying to become Śiva by being Śiva first. This is the real way to reason. This is a intelligent person in spirituality. In spirituality, not in mathematics… no. In spirituality, he is intelligent. So there are many many mysteries in Gurugītā.