You are here: Home / Gurujī's seminars / Śiva is the eternal Witness and is never a mere void which is just another invention of His Śakti

Abridged excerpts from Gurujī’s seminar on Svātantryasūtram (The aphorisms on Absolute Freedom): 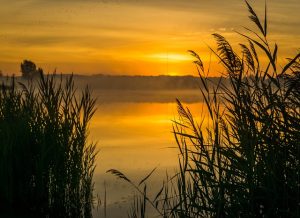 Now I am speaking about Absence of Truth; about the void. You remember? The famous void –buddhist void–. Absence of Truth or absolute void whose nature is nonexistence, apart from in the sphere of words, does not at all exist ever. So, void is only existing in the sphere of the words and not in reality. “kena hetunā” (“why?”). You can say “why” in many ways, but “kena hetunā” means literally “by what reason”.

Kena hetuneti yatastatkalpitasampūrṇaśūnyaṁ kenāpi sadā pramīyate|
Translation: “Why?”, because that invented absolute void is perceived or experienced by someone always.

If Śiva can perceive it, it’s not Śiva, it’s an invention of Śakti.

So, because there is someone all the time perceiving the void, the void is not ‘void’ really, because there is a person. Because when you say, “I am perceiving the void”, so the void is not ‘void’, because you are there! So all the questions about the void is ridiculous. The void cannot be the Highest Reality. Because you are there!… perceiving the void. So you are higher than the void. So, it’s You! It’s You who is the Highest Reality – Śiva!, and not a void. If the void is completely perfect, nobody can speak about the void. If the void is complete Absolute, nobody can speak or learn or teach, nothing. Nobody can. If someone is (for example) teaching about the void, so that void is not void. It’s not full void, because someone had to experience the void. So, the void is not void. This is ridiculous. It’s so ridiculous… Anyway people even now believe in that thing that “God is a void”. And when they attain void… because there is a stage in meditation when you experience the void, at that time they say, “Oh, I attained Liberation. Now I am with the void”. No, you attained stupidity though. Completely ridiculous; the void. Because you are perceiving the void! So you are higher than the void. Who is the perceiver of that –of the supposed absolute void–? The Truth, i.e. the Highest Reality! You. In short, nonexistence of the Self is no doubt another invention manufactured by the Power of the Self. Because Śiva can perceive it. If Śiva can perceive it, it’s not Śiva, it’s an invention of Śakti.

What’s the point of making great efforts to attain the void when you can attain it every night in deep sleep?

Apart from that, Kṣemarāja said in the scripture: What’s the point of attaining a void when you can attain the void every night in deep sleep? What’s the point of making a great effort to attain the void in wakefulness, when you attain the void every night very easily, yes? in deep sleep. So this void question is another Joke by the Lord, and they continue with the void all the time. The other voids in the form of deep sleep, etc… because there are 6 voids according to Trika. Well, this is a long story. The other voids in the form of deep sleep, etc. are constantly full of existence because they are remembered, but nonexistence is never remembered due to the constant presence of the Rememberer, viz. of the Self. Because you cannot remember nonexistence. You cannot remember ‘the void’ as postulated by buddhists. You cannot remember it because you are existing all the time. You are Śiva! The existence of this Rememberer –as it were–, denies the existence of a void… because void is nonexistent. It’s the opposite; it’s asat.
Excerpts retrieved from 19:23 to 28:05 of Second day (2) – Seminar Svaatantryasuutram – Moscow.