You are here: Home / Gurujī's seminars / Śivo’ham: Śiva is always what goes ‘in the first place’ at all times

Paraṁ parasthaṁ gahanādanādimekaṁ niviṣṭaṁ bahudhā guhāsu|
Sarvālayaṁ sarvacarācarasthaṁ tvāmeva śambhuṁ śaraṇaṁ prapadye||1||
Translation: I take refuge in Śambhu, in You alone who are Supreme, who reside beyond the impenetrable darkness known as Māyā, who are One with no beginning, who stay in the hearts in many ways, who are the Abode of all and who exist in the whole aggregate of created things whether animate or inanimate! 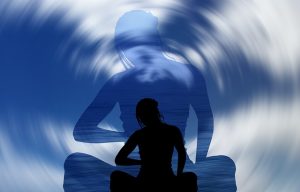 You understand this attitude? He didn’t start… Abhinavagupta didn’t start with, “I will do it”. No. No, first Him. This is the right attitude. It’s not, “I will do it”. “I will do it, I can… I am good”. No, Him. So even… if even Abhinavagupta, such a massive Master is all the time with this attitude, how is it possible that the disciples… mere disciples in this world, yes? have the opposite attitude? This is ignorance. Disciple says, “okay, tell me what to do and I will do it”. Really? “Really? okay, enter into samādhi for 3 hours”. He is first all the time! This is the right attitude. Yet He is you, obviously… non-dualistic. But it’s not the ego; it’s Real you.

How can an ego deal with the massive Lord that beheld the end of countless civilizations?

You cannot remember Him. Remembrance is a way to express something in the past. But you cannot remember Him… because He is not in the past. He is now! And because He is beyond time too, yes? You cannot remember Him. So how the heck will the disciple deal with a God that is completely massive, formless, beyond space and time… How? (как?). How to deal with Him? How an ego can deal with massive Lord? This Lord that beheld the end of countless civilizations. How? Do you understand? How to deal with Him? “Why? We meditate on Him..” yes? Are you sure? You meditate because He meditates on you. This is the right attitude. He chose you, so you meditate. You are second, not first. First Him, second you… this is the right attitude. Have this attitude and you will see that you can do many things that you cannot do now.

Sa parameśvaraḥ sadaiva prathamapade sthito nityam||1||
Translation: The Supreme Lord is always what goes ‘in the first place’ at all times.
Commentary: The Supreme Lord, the Sovereign, the Owner of all is always what goes ‘in the first place’ —what resides in one’s mind first of all, i.e. what comes before family, country, job, etc.— at all times, day and night until death. The presence of this feeling for the Great Lord in a spiritual aspirant indicates abundance of divine Grace in such a person who desires Liberation, since without His favor nobody can experience that special state of devotion relating to being quite intent on attaining the Highest Reality, which –i.e. such attainment of the Highest Reality– is characterized by an expansion of one’s own powers.

Disciple: How does the mantra So’ham work?
Master: With Him first. You have to be initiated in Haṁsa… not So’ham, Haṁsa. It’s a common error to say… to tell “Haṁsa”, “So’ham”… it’s a common mistake. You have to be initiated by a Guru. I was initiated by a monk (32 years ago). By a monk; special monk of my lineage. I was initiated during 3 days. Many hours every day, only for Haṁsa. So you receive the mantra from the Guru… from Him. So you can… it’s effective. If you take it from the books, no. Because it’s Him again, yes? It’s not the mantra. It’s Him. This attitude. Your attitude is what is effective. When you have the right attitude, you are effective. When you put Him first, all the time. Even first than you… your family… first first. He is first. So, that is the right attitude. When you are first, no, it’s not effective. Because all the efforts coming from the limited individuals are not effective. You know this! A lot of people meditating for years and years and they never attain anything. It’s useless. No, it’s Him first. For example, you meditate and you… the attitude is, “Please allow me to meditate on you”, yes? This is the attitude. Devotion. This is the attitude. So, this is moving Him, yes? somehow… to express this… He cannot be moved but this is… You are in the right position. When He is first, you are in the right position. In theory, you are Him. So you say, “well, if I am Him what’s the point of putting Him in first if I am Him”. This is wrong attitude. This is the wrong attitude. Because this “I”… it’s not the Real I; it’s not Śiva, it’s ego!