You are here: Home / Gurujī's seminars / Śivaparaḥ – A Real devotee 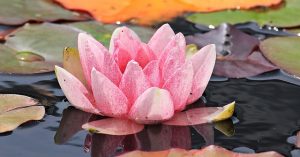 One of the marks of a devotee of Śiva; of a person identified with Śiva completely is that he considers All like coming from Him, and not from a person. This is a mark of a person in the path of Devotion or Knowledge or whatever; it’s not a common person. So, All is from Him. Common people say, “No, it was that person, or it was the weather or it was Mother Nature or it was someone else or the gods”, yes? “No no no, Him!”, this is the mark of a devotee. A Real devotee is like this, “no no no no, I received this good thing from Him, and the bad thing from Him”. Everything is from Him. So, the real devotee will be in love with Him, angry with Him, all with Him. There is no one else, in the middle. Common people cannot understand this behavior. I can understand this behavior. I can understand, because I lived in that behavior for many years.

Your relationship with Śiva is the most real thing in your life because He is the most Real being in this universe.

Even if you have your birthday destroyed by weather, by rain or something (your celebration of birthday), it’s Him, yes? And it’s very Real, your relationship with Him. It’s the most real thing in your life because He is the most Real being in this universe. It’s very funny (the relationship), but this is Real devotion. This is a mark of Real devotion. And you depend on Him; even if you are sad, you are all the time waiting for His help. You are not waiting for others’ help… His help! And others helping you are Him. This is constant. This constant attitude, whether you are in love or whether you hate Him, it doesn’t matter. You remember Him! This is the important mark of a devotee, of a real disciple, of a real devotee — it’s all about Him. This state is His Grace too. You cannot be a devotee if He doesn’t want you to be a devotee. So, this is a mark of His Grace in you — that you attach all to Him, and not to people… to the government, like common people. Common people start protesting with the government, yes? because they don’t understand. It’s Him!

Some people say, “No, He is peaceful. Śiva is peaceful. It’s His Śakti (His Power)”. Okay, it’s His Śakti, but His Śakti is one with Him. So when I say “Him”, I mean “His Śakti” too. Okay. But it’s not any human. It’s direct connection with Him. This is the state of devotion. According to my experience, according to the things I learnt in my lineage, this is True devotion. Because the fire burns you, Muktānanda said… Even if you are in love with the fire or you hate the fire or… it burns you. You approach the fire, it burns you. But this state of devotion comes from Him. From nobody else.

A person that is surrendered to Him, the mark is… it’s all the time about Him. All the time! It’s very funny to hear that person. It’s about Him. All is about Him. Even if you have a good mother or bad mother, He gave you that mother, that father… it’s tremendous. This is real devotion. Common people can say that that person is insane. Well,…! Because a real devotee… his devotion is not mental, it’s not logical, according to the parameters of common people in ignorance. Obviously, for them, that person is insane. Because you cannot be angry with God because of the rain on your birthday. But the real devotee… is tremendous. It’s tremendous! It’s like this, and Love and… it’s full dedication to Him — with love and with protests and with the rest. All is Him… All! All his life about Him. This is a real devotee. This person can get Liberation; can get Liberation because of tremendous devotion. Devotion is not only Love. Devotion is to be dedicated… to be devoted to, dedicated to Him. This is “para”… when you are para… you are dedicated to Śiva (Śivapara). You are Śivaparaḥ. Your main goal (para) is Him. This is a real devotee. Even if you do a bad action, you apologize to Him for your bad action or you protest… It’s impressive, the state. This is a mark of Knowledge, a mark of Wisdom.