You are here: Home / Gurujī's seminars / Śiva is the Ancient One who is all the time proven in the first place

The Self is Purāṇa (Ancient). Why not Vṛddha (Old)? Why not Old? Why Purāṇa? Lakṣmaṇa Joo explained this very well on a video, yes? He explained this very well, “Why?”. Lakṣmaṇa Joo is the famous last exponent of Trika shaivism, in the original lineage of Trika shaivism. He says that Yogarāja wrote Purāṇa (Ancient) and not Vṛddha because when you are Old, your body is disfigured. So the Self is not Old, because He is ever-new (Abhinava). He is ever-new. So, He is not disfigured. And He is Ādisiddha or Pūrvasiddha; it’s the same, synonyms. “siddha” means in this case “proven”, “Ādi” means “in the first place”. He is all the time proven in the first place. Why? For example, to prove something, you need pramāṇa-s. Pramāṇa-s are three, remember? Pramāṇa-s are instruments to prove something. One is Direct experience (Pratyakṣa), Anumāna (Inference –Deduction–) or Āgama (Testimony –Scriptures, Sages–). Three ways to prove something. Now, with the Lord you cannot do this. 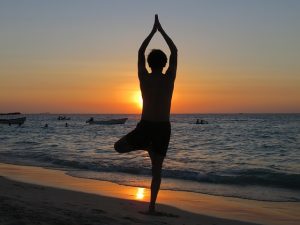 Translation: Therefore, though “pramāṇa” –a means of acquiring Pramā or right knowledge– is this which proves or annuls His Vastu or Reality –i.e. the existence of the Lord–, yet His Real Being appears in the form of the Pramātā or Subject –i.e. the Experient– who proves or annuls based on anusandhāna –i.e. close inspection or inquiry–. Then, what pramāṇa might be used regarding His Sadbhāva or Real Being? Thus, as the Lord is the Real Being or Vastu –Reality– of those who inferring, what pramāṇa might one apply as regards such a Svabhāva or Essential Nature? So, by appearing in the form of the one who inquires, the very state of Prakāśa or Light of the Great Lord –Īśvara– or Pūrvasiddha is proved from own everyone’s perception.

As Kṣemarāja says in Parāprāveśikā, “kiṁ pramāṇam” – “What Pramāṇa?” .. What means of proof you will use with the Lord?, yes? It’s impossible! Because the Lord is the One proving. He is proving! So you cannot prove His existence, because to prove, you need to exist first! So you cannot prove His existence. That’s stupid. It’s usual but it’s stupid. Because the One proving is Him. Because to prove something, you need to exist first. And you exist first, because He exists! So your existence is proving His existence. It’s very simple. So when atheistic people start to argue with you about the existence of the Lord, you have to reason in this way… You don’t need to say, “Oh look at the galaxy .. look at the miracle of life .. Oh, look at these animals .. Oh…”, No, you don’t need to do that. This is ignorance. This is ignorant reasoning. No. You just have to say, “Well, you atheistic person, tell me, where are your existence coming from?”. Because he is arguing with reasoning, yes? arguments. “How do you exist?”. If He replies, “I exist because I exist by myself”, yes? “by myself”, so you have to say to him, “Okay, you are self-existent”. The Lord is self-existent. If He says, “No, my existence comes from another source”, yes? external or the atoms or whatever. Whatever .. invention, yes? Well, that is the Lord. The Lord cannot be denied. Whether you are the Lord or you are not the Lord, the Lord exists. So it’s impossible to escape, except you are only stubborn. Okay, continue, be stubborn. It’s like saying, “The atoms don’t exist because I don’t see them”. But the atoms exist.

You can say anything. But you have to prove it. This is the problem. You have to prove it! And the existence of the Lord is proved all the time… because you exist! That’s why the great Master Śaṅkarācārya affirmed that the presence of an atheist reaffirms the existence of the Lord. Obviously, because it’s the Lord! The atheist is the Lord too! So this is ridiculous. But people continue to debate if the Lord exists or not. This is ridiculous. You can say the Lord is good, the Lord is bad. Okay. That, you can debate about that. Yes, He’s good or bad or is not good or not bad. But you cannot debate about His existence, because He is obvious.