When one achieves spiritual enlightenment, does one receive a certification?

Hahahaha, NO. The Self does not issue any certificates to enlightened people. Spiritual ignorance is so hilarious sometimes. The “certification” thing is about “spirituality + business”. Real spirituality is never certified. It would be like the Sun needing certification to prove that it is shining and heating. This absurd matter pertains to the nasty false spiritual teachers and their constant task of shedding darkness on what is already very dark. As they need to make as much money as possible on innocent spiritual aspirants, they invented the certification thing. This way, they can keep receiving money from all those people whose only error is having faith in such false guru-s. 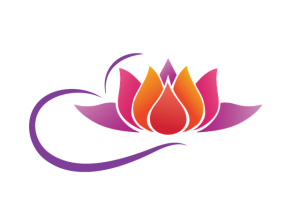 False spiritual teachers also give expensive courses only for the sake of getting more and more money. Their sin will not be forgiven. When their time comes, they will have to face the consequences of their actions. Meanwhile, they can keep mocking and hurting people as they wish. They can delude the entire world maybe, but they cannot ever delude the Power of the Self appearing as the law of Karma. So, it is just about time for them to fall. There is never shortage of fools in this world.

The problem appears when a spiritual teacher charges his pupils too much. That is a sign that he is a false guru. As I told you before, a true guru teaches people not according to the size of their wallets but according to the magnitude of their spiritual advancement. Even when he teaches according to the magnitude of a student’s spiritual development, he does not need to form little groups composed of disciples who have advanced more or who have advanced less. NO. The selection is natural. He could teach them all at the same time, but each of them will understand according to his/her own level of spiritual development. There is no need to give special instructions to selective disciples. The selection occurs by itself.

All in all, a spiritual teacher has the right to demand money or service, or both as payment for his teaching, although this is optional. I mean, he could give it all for free if he wishes. Anyway, if he demands too much money or service from pupils, he surely is a false guru. False guru-s are recognized at once because the majority of them constantly give expensive courses with the promise that if you take the course, you will become almost like an angel or something. Another mark of false guruhood is the question about certifications. I repeat: the Self does not issue any certification to enlightened people. On one hand, there are the spiritual teachers (the ones who know and have real power) and on the other hand, there are the spiritual aspirants (the ones who are still devoid of knowledge and real power for the most part). Therefore, certification is of no use, because the difference among the two categories is extremely obvious as far as spiritual performance.

Does a spiritual teacher need testimonials?

Another absurd matter. It is like the Sun needing the testimonial of Mercury to prove that it shines and gives heat. All these things arise from “spirituality + business”. While in business testimonials from satisfied customers could attract more customers, spirituality has nothing to do with attracting anybody in that way. Spirituality is real, i.e. a genuine spiritual teacher and genuine spiritual aspirants. It is not about attracting more and more people to get more and more money. It is not about masses of pupils either, because the genuine ones are always few. Spirituality is always about the Truth and Its revelation to deserving disciples. It has nothing to do with ordinary matters you can see in this world every day.

If you realize how powerful the Sun is in comparison with the rest of planets, you also realize that it can easily sweep away the entire humankind in a trice. There is no question about certifications or testimonials here, because it is about its immense power to devastate planets if it wishes so. In spirituality, the magnitude is much greater, because one looks to have the Supreme Self and His Power revealed. How could certification and testimonials be of any use in this case then? All that belongs to this ephemeral world is just dust in the end. Human beings are so deluded that they think this world is the most impressive creation of the Self. This world and its constant noise is nothing but nothingness poured into void compared to the Self and His Power, believe me.

Does the spiritual lineage of a guru guarantee that he or she is genuine?

The quantity of genuine spiritual aspirants is always small. So, do not expect masses of them. In turn, among those genuine spiritual aspirants, 99% will be rookies and middle level aspirants. The advanced spiritual aspirants are extremely scarce. Rookies and intermediate aspirants are fond of being in groups under the guidance of a human guru. When they move to the advanced level, they stop being fond of that. They prefer seclusion and isolation. Why? Because they are very near Self-realization. Other people are always a distraction in this advanced stage. And remember that the spiritual aspirants, even if they are in the middle category, are human beings. This means a lot of gossiping, violence, struggles, desire for power, envy, foolishness and so on. Hence an advanced spiritual aspirant will never be glad while in the middle of other people indulging in that usual human behavior. As he does not need a human guru any longer, he prefers solitude in order to finally realize the Self. The group phase under the guidance of a human guru is like going to school. It is necessary but temporary.

A genuine spiritual teacher is an advanced spiritual aspirant who has experienced Self-realization and has been given the mission of teaching other people that are still in bondage. Not all the enlightened people will become spiritual teachers, as I have told you before. NO. Only a few will take the trouble to teach rookies and intermediate spiritual aspirants. Nobody wants to be in the shoes of a spiritual teacher, obviously. Having to hear and see the same things over and over again while assisting students is never pleasant. It is just a mission, not a delight. If a spiritual teacher is constantly in the Self, he cannot teach properly because he doesn’t see people in bondage. As a result, in order to teach, he must come down a little from his Supreme State. This is another reason why being a spiritual teacher is quite a hassle. One would rather prefer to stay in his own Self instead of teaching all the people who are always disabled by their own impurity. Impurity here means lack of Self-realization, lack of a fully realized “real I”. As those spiritual aspirants are so, they always have better ideas, they are disobedient, they cannot do this, they cannot do that, etc. The mission of being a spiritual teacher is a real sacrifice, because one has to deal with people who are replete with illusions (e.g. the illusion of having a “real I”).

Why are you publishing your lineage then?

The story of this page called “About us” is really weird. This website was founded in June of 1999, but the “About us” page was published for the first time in 2006. We (Andrés and Gabriel) never wanted it to be published, but the visitors insisted on “knowing us”. By “knowing us”, they meant “knowing our physical bodies”, not us as we essentially are. You know, people are usually like that. After receiving so many e-mails over the years, asking for the photos of “our faces” and the stories of “our personalities”, I finally made the decision of writing and publishing that page. When I told Andrés about he had to pass me a picture of him, he almost had a heart attack because he is always so low-profiled. In the long run, he had to accept and there you have it, the “About us” page. I added the lineage thing because the visitors asked about our own teachers and the like. In that way, I received no more e-mails with questions about “our bodies and stories of our personalities”. A few years ago, I added more stuff to the page, with the arrival of our collaborators, and that’s it.

In my next post, I will continue answering this kind of elementary questions about spirituality. I normally pick them according to my memory or from e-mails I receive every day. See you soon.

We use cookies to ensure that we give you the best experience on our website. If you continue to use this site we will assume that you are happy with it.OkNo
You can revoke your consent any time using the Revoke consent button.Revoke cookies