There are still more doubts to be cleared:

Why does the word “love” rarely appear in your teachings?

Because that word has been so misused that it has practically lost its real meaning. It has almost as many meanings as there are people in this world. Diversity of opinions is never conducive to Final Liberation because Reality is immutable. You cannot attain what is immutable through what is constantly changing. In order to achieve spiritual enlightenment, you need to develop internal solidity, i.e. you need to keep pointing to the same direction (to the Self) despite the external circumstances constantly changing. If you do not have that internal solidity, you have nothing which is very significant as far as attaining spiritual enlightenment is concerned. Of course, that internal solidity is developed gradually over time as you continue to make efforts through spiritual practices, reflection, etc.

And what is love according to your opinion? 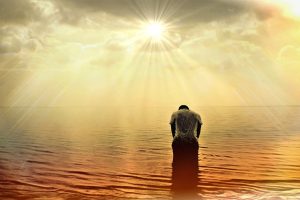 As for “love”, the same procedure is to be implemented. If there are as many descriptions of love as people living in this world, that is not serious and consequently not conducive to the Truth either. First, you must establish some truths about the nature of love or you will never understand what the word means.

Therefore, the conclusions you arrive at from reading these five qualities of love indirectly point out that what people usually call “love” is not real love.

Love has nothing to do with all that does not lead to the Truth. All that is not conducive to Self-realization is not love, ever. As I told you before, the word “love” has been so misused for so long that I always prefer to use the term “real Love” when I refer to “love” in order to mark that I am speaking about the true one. What most people call “love” is just a mixture of affection, attachment and something else. As that supposed “love” is such, it never leads people to the Truth or puts an end to their bondage. NO. On the contrary, such love makes them more bound and unhappy in the end.

Love has nothing to do with being in bondage and unhappy. There is no pain in it either. As real Love is the Self and His Power, all that is not Freedom and Bliss can never be experienced. People saying that love has to do with pain, anguish, suffering and the like, just do not know what they are talking about. They are really referring to that ordinary state which is a mixture of affection, attachment and something else, not to the real Love. This real Love is unknown to most people on this planet. It is only the possession of those who has merged their individuality into the Supreme Self. As the Supreme Self neither begins nor ends, the real nature of love is also like that. When a person says that his or her love “began” or “ended”, they are in fact saying that “his or her mixture of affection, attachment and something else began or ended”. Spiritual ignorance forces most people to appropriate that which they do not possess, e.g. Freedom, Bliss, Love, etc. These are the possessions of enlightened people, spiritually speaking, not of ordinary people. Even the spiritual aspirants, except for the advanced ones, are infected by the same disease known as “to claim divine qualities such as Freedom, Bliss, Love, etc. as their own”.

Everybody is the Self, but most of people have not realized that Truth yet. So, it is as if they were not the Self then. Qualities such as Freedom, Bliss, Love, Knowledge, Wisdom and the like pertain to people who had made an incredible amount of effort in order to realize the Self. They are qualities of people who are merely living on this planet. This is generally misunderstood and leads to great confusion. As my articles are intended for aspirants in the initial/middle stages, the reader is surely one of them. The reader can observe how he or she, along with almost all of humankind, constantly acts as having a “real I”, as if he or she has fully realized the Self. People act as “free”, fully endowed with capacities to know, do, make decisions and such. This is just imagination and not a solid reality, because when the external circumstances change for the worse, all the supposed capacities just vanish in an instant. This illusion is so common that it can be considered a massive pest.

In reality, most people (99.9%, being optimistic) are completely devoid of Freedom, Bliss, Love, Knowledge, Wisdom, etc. All that exists only in their imagination. Someone who is not fully conscious of his “real I” (the Self) cannot be Free, Blissful, etc. This is why, when some of the spiritual aspirants meet a “real person” (a Self-realized person), they cannot understand him and his ways. Only a person who has realized his own Self is able to enjoy all the qualities of the Self and His Power. Before this realization, he could not enjoy them at all. He is only another person in bondage. This point MUST be understood completely. If one imagines that he has what he does not have, Self-realization will not be possible as long as he retains that illusion. Why? Because then what is the point of making tremendous efforts in order to achieve something that one already has? As most people think like that, they are not after Self-realization. This makes bondage stronger. One cannot search for Freedom if one thinks he is already “free”. Freedom is only meaningful to those who realize they are not free in the fullest sense of word. Only this kind of people can be really Free in the end. They are the spiritual aspirants.

Spiritual ignorance is so strong that even after 1838373737484929289278289299474738 daily catastrophes throughout the entire world people still think that they possess Freedom, Bliss, Love, Knowledge, Wisdom, etc. For example, look at such phrases such as “Let us save the planet”, which really means “Let us save ourselves”. You can perceive the lie clearly there. The planet has no problem at all. Mother Earth has survived so many things in the past. What is miserable global warming to it then? But human beings are so ignorant, spiritual speaking, that they claim both responsibility for global warming and credit for the solution too. Human ignorance is endless like the Self. Spiritual ignorance is one of the terrible aspects assumed by His own Power, of course. In this sense, it is also His Play. This is absolutely true. Nonetheless, from the viewpoint of someone in bondage, it is not funny or nice. The quantity of suffering to be experienced by someone who is in bondage is incommensurable. On one hand, there is the Blissful Self playing the role of all these limited individuals, but at the same time, the limited individual does suffer and the Play does not look like one to him. Both viewpoints are valid.

Once you realize the Self, you see all as His Play. However, until then, you are in bondage. Everybody is always the Self, because He is the only inhabitant here, but in order to enjoy His qualities (Freedom, Bliss, Love, etc.), one has to realize Him. This is easier said than done, as always. Why? Because the power of spiritual ignorance is so bewildering that even the act of taking the trouble to remove it looks utopian and useless. Anyway, due to the presence of a few genuine spiritual aspirants, the true spiritual teachers will continue helping this humankind to realize the Self. They are the only reason why the humankind is still on the surface of this planet.

Why are you constantly repeating the same teachings?

This is a good question. It is not a habit but a method. You will notice that other teachers are doing the same thing. Why? Because spiritual ignorance works by repetition. From the moment you are born, your mind is filled with moronic statements and affirmations over and over again. If you turn on the TV, you can see the same moronic attitudes, the same bad news occupying 90% of all programs showing the “reality”, the same masses of deranged people hurting and killing other masses of equally deranged people, etc. Constant bad news, idiocy, lies, violence and nonsense, etc. Tell me when did you last see a genuine spiritual teacher on TV sharing massive wisdom in order for people to attain spiritual enlightenment? You will rarely see that. Instead, you will see tons of morons constantly saying the same foolish things. This pest works by repetition over time. Of course, TV is not the only agent of spiritual ignorance but these agents change across the times. As a result, it is no surprise that people continue suffering and being deluded. One moron encourages the formation of another moron, and so on and on. This never-ending spiritual ignorance works like that.

When you are born, you are generally told that you are the son/daughter of somebody, etc. You are NOT told that you are the Self. Consequently, spiritual ignorance is with you from the very birth. It works by repetition. Subsequently, when you realize that you are in bondage, you start searching for a way out. So, you meet a genuine spiritual teacher if you are a true spiritual aspirant. Evidently, the spiritual teacher will have to take countermeasures to remove the poison called “spiritual ignorance”. This spiritual preceptor will say the same truths to you over and over again till they leave an impression in your mind. These teachings will act like an antidote. For example: “You must realize the Self in order to enjoy Freedom. While there is no Self-realization, you cannot enjoy your real I”. After repeating that simple truth 4758537464674894949 times, the disciple finally understands that he has no “real I” and consequently he is at the mercy of external circumstances. He also realizes that, while he has no “real I”, he cannot be a real “doer” because all is done by the external circumstances, which are emanations of His Power. To understand that one has never been a “real doer” is painful at first, because one’s ego is based on that lie, but in the end it becomes so pleasant. From this point, a spiritual aspirant can keep advancing toward Self-realization. He has solid foundations to continue building on them, because he gets rid of one of the main illusions.