You are here: Home / Uncategorized / Spiritual teacher and disciple (Part 4)

For you to easily understand how the things work in spirituality, I will give a simple example:

When you use your computer, there are, broadly speaking, three factors involved: CPU – operating system – you (the user)

CPU is the Central Processing Unit, i.e. it is the chip that controls everything in your machine. The operating system is special software which acts like a translator between you and the CPU (e.g. Linux is an operating system). Why do you need it? Because the CPU “speaks” (as it were) in zeros (off) and ones (on). The CPU constantly generates a series of instructions consisting of zeros and ones to keep your computer working. This machine language is generally not understandable at all. This is why you need that translator called operating system. You can interact with your operating system in two ways (broadly speaking again): 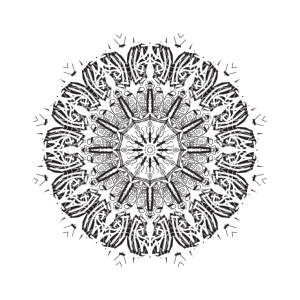 If you are going to use the first interface “only”, you must first have acquired a solid knowledge about computers. If you do not know exactly what you are doing, you will be in trouble quickly. For example, when you use this kind of interface, you will have to write strange commands like these (on a black/blue screen for the most part):

Those two are used to solve certain problems associated with the way your computer boots or starts. Well, they were just examples intended to show you that you better know what you are doing or you can mess up everything. Those commands are not user-friendly, except to professionals, obviously. Professionals often choose to write commands or instructions instead of using a graphic interface, but they can do so because they have in-depth knowledge of computers. So, of course, most users will go for the GUI or graphical user interface, because it is friendlier to them. This interface does not require you to write complex commands and the like. You just have to click on icons, menus, etc. and in this way your experience with your computer is made much friendlier, right?

Well, as in the example about a computer, in spirituality there are three factors operating all the time: The Self (the CPU), the Power of the Self (the operating system) and the disciple (you using your computer).

Spiritual aspirants cannot understand the Self “directly” because His language is not understandable to them. So, they will get in touch with their Self through His Power. But even in this case you have, on one hand, rookies and middle aspirants, and on the other hand, advanced aspirants. The advanced aspirants, because they have in-depth knowledge, can communicate with His Power directly just like a professional in computers can communicate with the operating system by using a command-line interface. Anyway, as it is obvious, the aspirants who are rookies/middle will need a graphical user interface (icons, menus, etc.), i.e. they will need His Power to take an understandable form. Therefore, these spiritual aspirants will have to generally resort to a human spiritual teacher. This teacher is the Power of the Self assuming a certain physical body, personality, etc. In this manner, the rookies and middle aspirants can get in contact with His Power and in the end with Him Himself.

It is to be noted that the “human form” of a spiritual teacher is only necessary in the case of aspirants who are beginners or in the middle stage of their spiritual path. Advanced aspirants do not require a human form to get in touch with His Power. I mean, an advanced disciple does not need the human form of a spiritual teacher for continuing to advance toward the Self. NO. This kind of disciple can enter His Power directly, without any intermediate (a graphical user interface, in the example). In saying that, I am affirming that only the rookies or middle aspirants are in need of being part of a group led by a spiritual teacher. As an advanced aspirant is already in contact with His Power, he will not be seen in groups generally. This type of aspirant prefers to carry on with his usual life while making efforts to realize his Self “directly”. The group stage is over in his case, even if he continues to take part in groups. This advanced disciple is, in fact, always alone, even in a crowd. Nonetheless, except for cases where he has to accomplish some special mission, he prefers to keep his physical body in solitude, because the presence of other people could disturb his state.

Since the Power of the Self is as inconceivable as the Self Himself, a human spiritual teacher is practically inevitable when one begins his spiritual path. His form is like an icon on which the rookie/middle aspirant double-clicks to start a certain program. Aspirants in these two stages have no other way to get in touch with His Power. This will last for several years or even decades, according to the evolutionary level of the aspirant. It is to be noted that one cannot achieve an advanced state of discipleship until he renounces the attitude that a spiritual teacher is a physical body associated with an individual mind. When the aspirant starts seeing the spiritual teacher as the Guru, as the Power of the Self giving instructions through a physical form, he becomes an advanced spiritual aspirant, but not before that. From that moment on, he will generally not be interested in the physical form of his spiritual teacher at all. When he was a rookie/middle aspirant, he thought that to be close to the spiritual teacher was to be close to his physical body. Now that he has come into contact with the Guru as He really is (as the Power of the Self), he does not have that “physical” attitude any more. The conclusion is that 99% of the aspirants following the physical body of a certain spiritual teacher are rookies or even middle aspirants. The advanced aspirants will shut themselves away, to directly experience the Self as He essentially is. If they return to spiritual groups it will be only for the sake of accomplishing some mission (e.g. to compassionately helping other aspirants). After their achieving Final Liberation, some of them will return to the group thing, but this time as spiritual teachers.

The presence of a human spiritual teacher (in the sense of a physical body associated with a mind) is only necessary in order to help both aspirants who have just begun their spiritual path and those who are in a middle stage. A human spiritual teacher is not necessary in the case of advanced aspirants, because these do not need the “graphic user interface” any longer. They do not need the Guru (the Power of the Self giving Grace and instructions to attain spiritual enlightenment) to assume a human form for them to get in touch with the Self. NO. They simply use a “command-line interface” (no icons, menus, etc… i.e. no physical body, etc.) to come into contact with the Power of the Self directly. In due course, they realize the Self as He essentially is and that is the end of their spiritual path.

Aspirants who are too attached to the physical form of the spiritual teacher are of low category still. They will have to renounce their attachment or they will not advance toward the Self at all. In ancient times, men were much wiser and consequently the presence of the physical body of a human spiritual teacher was not so necessary. Nowadays, 99% or even more of all the spiritual aspirants are rookies or middle. This being the case, it is no surprising that both the genuine spiritual teachers and the false ones proliferate in this world. Ordinary people are convinced that a person is his physical body plus a certain mind. As rookies in spirituality are nothing but ordinary people “reloaded”, they transfer their ignorant viewpoint to the physical body/mind of the spiritual teacher. This is inevitable. Even middle aspirants still keep that ignorant attitude to a certain extent. If everything goes as it should, they will finally abandon that primitive way of thinking and move to the category known as advanced spiritual aspirant. From this point on, the presence of the Guru in the form of a human being endowed with physical body and mind is not needed any more.

As an advanced disciple experiences his trances, he comes to realize that the Self and His Power are absolutely inconceivable. They cannot even be delineated in thought. They are not visions, sounds, odors, flavors, etc. They are the indescribable Core of Reality. While this aspirant was using special forms, sounds, etc. to attain this stage, once he gets here everything is about the quality of his spiritual perception. He polished his intellect to the point it is able to reflect the Light of the Self in a perfect way. One cannot say that this trained and pure intellect understands the Self, because He is beyond the reach of its faculties. Still, this intellect, acting like a perfect mirror, is able to reflect the Reality of the Self such as It is. The word Light here is not to be understood as mere physical or mental light. NO. It is described as a Light because when one realizes his Self, one’s mind closes completely (it is turned off) just like the eyes close when they see the light of the Sun. His Light is not visible by any means, but one can realize It if he is spiritually advanced. When one realizes His Light, he does not see anything outside or inside. NO. One only experiences His inconceivable Effulgence in a way that is beyond description. What else could I say about it then?