You are here: Home / Basic concepts / Self – Power of the Self – limited individual (Part 5)

Until the Self is realized or apprehended as He is essentially, one is always in trouble and not perfectly happy.

“Outside” is anything, from particles within the atoms up to the farthest frontier in the outer space. The limited individual, in his natural state, i.e. not being a spiritual aspirant, looks for the Self in family, sex, parties, music, informatics, cinemas, drinks, soccer, baseball, fashion, other limited individuals, outer space, sun, moon, planets, galaxies, black holes, flying saucers, extinct dinosaurs, journeys, organizations, money, political power, military power, supernatural powers, subatomic particles, mathematics, bars, oceans, beaches, tourism, drugs, unseen monsters sneaking around, haunted houses, etc. etc. You can add your own long list to mine. Anyway, such a limited individual never achieves perfect satisfaction and freedom in spite of his arduous efforts. Why? Because the Self, as He is essentially, is NOT there.

The spiritual aspirants are also limited individual but they know “for sure” that the Self is not “outside”, such as the rest of limited beings do believe. This is the main difference. The Self is “inside”, obviously. Pay attention to the words I am using: “outside” and “inside”. Of course, the Self is beyond space and therefore there is no outside and inside in His case, but I need to describe Him in a way that is understandable to the readers or this boat called “my blog” will be wrecked right before setting sail, hehe. 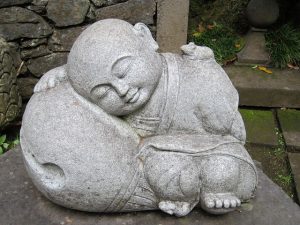 This truth about the Self being found “as He essentially is” only “inside” has been expressed for eons! Nonetheless, the majority of limited individual cannot get it yet. If this humankind survives two thousands more years, and this post is somehow readable to someone at that time, he or she will read “Because the Self, as He is essentially, is NOT there”. By that time, humankind will be traveling to far galaxies maybe, so at least they will know that the Self is not there as He is essentially if someone happens to discover my post. This could sound like a joke but I am speaking seriously. In ancient times, this truth was pretty evident, but in the modern times people find it difficult to understand that the Self is “inside”.

Certainly that when one realizes the Self inside, he can perceive His Power outside, and as His Power and Him are in full unity, He is perceived outside as well, in the form of the entire universe. But this realization is only true in the case of enlightened sages, NOT in the case of the limited individuals. One common characteristic among the limited individuals is their assuming to be in possession of states and qualities that are the treasure of great sages alone, e.g. “freedom”, “consciousness”, “free will”, “knowledge of Reality”, “real power”, etc. As all of them are the Self gone crazy, they behave in that mad way all day long.

You can see this occurring in yourself or around. For example: one is always right, one knows what is more convenient to himself, one knows what to do next moment, one understands others perfectly, one is always on the right path, one thinks rightly, one is able to make decisions, etc. If all that was true, the limited individual would not be “limited” but “enlightened”. So, one of the first things a spiritual aspirant must do is “to abandon all those illusions little by little”. If he insists on appropriating states that are not his own yet, he will remain “limited individual”, i.e. someone full of illusions but devoid of real knowledge and power. This is the main way His Power deludes people: “by inoculating illusions”. The illusion of “freedom” is the first one. This is why most people are not interested in final liberation (also known as “spiritual enlightenment”). They have no use for it, because they are “already” free. It is an apparently innocent illusion, but it has the power to doom zillions people to a life replete with bondage. Spiritual aspirants are supposed to be free from that illusion to a certain extent. Hence they are looking for a way out of bondage.

Just as one would not look for the director “inside the movie”, one should not look for the Self outside, in the universe. The universe is His movie. He films this movie through His inconceivable Power. All you can see “outside” (e.g. mind, body, other people, trees, atmosphere, sun, moon, galaxies, etc.) is the work of His Power. It is “the movie”. The director of this movie is “behind the camera”, i.e. inside (figuratively speaking). As the director is the Self, the Self cannot be found “within the movie”. When you watch a movie, you learn the name of the director in the credits, but you never see him “as the director” during the film in the middle of the scenes with the rest of actors and actresses. Yes, I know, there are directors who are also “actors”, but this is only an example I am giving you in order to explain a Reality that is beyond all descriptions. Examples will never be that exact regarding the Self and His Power, obviously.

Why do you not see the director “as the director” during the films? Because this would spoil the movie. Likewise, the Self hides Himself behind the camera in order not to spoil His movie called the universe. For this reason, to look for the Self as He is essentially (as the director) “outside” is entertaining but absolutely moronic. One will never find Him in that way, and I am completely sure of it.

Well, this is the end of the post. Next time I will speak about adapting the well-known old teachings to the modern times.