You are here: Home / Basic concepts / Adapting the ancient teachings to the modern times (Part 3) 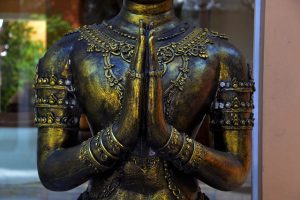 In this article I will explain some apparent mysteries which bewilder most of people in this world. A usual characteristic of the limited individuals is that they are confounded by any nonsense created in the mind of other people. Then, limited individuals argue with each other. They are addicted to disagreeing with the rest of limited individuals. If you visit a forum, for example, you will always find people debating. They like to debate and debate, and as no real proof is exhibited they continue debating for eons about a lot of topics and concluding that “one is entitled to his own opinion”. This way, with this apparent “respect for others’ opinion”, they finally come to an agreement… but this still does not reveal the truth about those topics.

So, I am not here to debate and postulate strange theories bringing even more strange opinions which lead people nowhere. I will start my process of proving some topics bewildering tons of people all over this planet:

Fear of the unknown

Many people usually affirm: “I am afraid of that which I do not know”. But this is absolutely erroneous. One must first know in order to be afraid. I can prove my point with a simple example: “I am afraid of possible economic problems in my country”. Apparently, if the problem could occur in the future, it should be unknown. Anyway, I know it. How? Because I have experienced it in the past. I cannot fear something that I have never experienced except in the form of a mental formulation because I have heard of it from other people, I deducted it, etc. But when I actually experience something, I ‘feel it’ with all my self and ‘understand it’. From this point on, I am able to feel real fear for a future occurrence of the same thing, since I’ve had a first-hand experience of it.

Till the moment I experience something, fear of that is just either nonexistent or a mere mental formulation based on deduction or testimony from other people. For example, I learn from other people that an advanced extraterrestrial civilization might come here and invade my planet. This could make me be afraid of that fact but not to the point of keeping me awake every night during months or even years. Why? Because I have never experienced such an invasion before. These are mere examples but they clearly show that to say “one is afraid of that which is unknown” is just a way of talking and not the real truth. Some kind of knowledge must always exist before the emotion called fear can emerge. Fear of the unknown is simply an impossible thing.

Some people affirm that there is no reincarnation in the sense that the present life is the only life a person will live. This kind of people is materialistic. As they are identified with their physical bodies, they consider that the disappearance of those bodies marks the end of the person. This idea of “zero reincarnation” or “only one life” bewilders other people who, otherwise, could have acquired a more real viewpoint about life. Nonsensical concepts are like an infection, and they have power to produce pain in a great deal of people. Now, I will prove that affirming that there is no reincarnation is nonsensical and devoid of any logical basis. How will I do that? Using the concept of fear of death.

Nonetheless, I established beyond doubt that fear of the unknown is an impossible thing except in the form of a mental formulation based on deduction or testimony from other people. As fear of death is so real, so strong, so extreme, so human and so on, I can firmly state that human fear of death is not a mere mental formulation arrived at through deduction or testimony. NO. When the life of a limited individual is under threat, he or she feels real and overwhelming fear of death. The only possible explanation for the presence of such a strong fear is the following: the person experienced death before. When? In a previous life.

In this way, the existence of at least one previous life is solidly proven. As this has been proven, reincarnation is also proven. Through this process of argumentation I dissolved the absurd materialistic idea that there is only one life. This foolish idea might look very inoffensive, but it has the power to bind a great deal of people to the most stupid way of living. This materialistic idea is consequently a byproduct of spiritual ignorance. But, while it can subjugate so many limited individuals, it cannot subjugate someone who uses his brain to reason adequately.

The presence of moronic ideas and concepts is a strong influence which keeps the limited individuals in their condition of bondage. The limited individual does not realize the real reach of all those stupid ideas and concepts and how they are able to doom so many people to a life full of errors, pain and the like. This is why ignorance about the great treatises must be dissolved. When one reads the great scriptures, one learns to reason, use his own brain in a proper way. When this happens, such a person is free from all the foolish theories that hold most of people captive.

Modern science is actually becoming more and more materialistic. Since I almost got a degree in chemical engineering, I have a solid formation in sciences. Anyway, despite the fact that I like how modern science has made our lives more comfortable and knowledge always at hand via the Web, I notice that modern science keeps advancing in fields it is not ready for. While I have no doubt that scientists are very good at making computer chips, observing the planets, etc., their present theories about the origin of Life are absolutely hilarious. As the ones trying to trace the origin of Life are completely materialistic in thought, they are always using rocks on earth or coming from outer space to explain everything.

The problem is not one or two crazy guys trying to show that the absolutely superb divine Life comes from a rock from the outer space or from a soup of carbon, hydrogen, oxygen and nitrogen, etc. NO. The real problem is that they are spreading their crazy ideas on TV, on the Web and so on. They are even considered as prestigious scientists fully fit for tracing the origin of Life by means of mere matter. This materialistic idea is the everlasting product of false identification with the physical body. As so many people think that they are their physical bodies, they are prone to tracing their origin through material processes.

By establishing the origin of Life through material processes, modern science is entering into a field it is not fit for. Meanwhile, so many people will become even more deluded than before. It is as if one wanted to explain the manufacture of chips by philosophy. They are different fields. While modern science is good at everything related to matter, it performs horribly at things related to spirituality. Life is, in Its essence, spiritual and not material.

If someone says that Life is only material, he will have to explain the difference between a living body and a dead body only through material processes. This could look like a trifle, but no materialistic person can explain that satisfactorily. Why? Because to do so they will have to resort to “something else”. Sooner or later they will arrive at “something else”, and this is not material. As a result, the state of being exclusively materialistic is the exclusive property of a fool. Only a fool could be constantly attempting to bypass the spiritual side of reality.

If Life is just material, what is the point of worrying about our families? They are mere descendants of carbon, hydrogen, oxygen and nitrogen. Or they are just descendants of bacteria that came in a meteorite a long, long time ago. Why all that fuss then?

People treat their relatives as if they were divine in general. Mothers could even give their own lives for their children. But how is this possible if their children are just some ultra-evolved bacterium or something like that? Is even my beloved Chopin and his extraordinary ballades a product of a soup of four elements (carbon, hydrogen, oxygen and nitrogen)? Is human love the result of lot of rocks crashing into the planet? If modern science’s crazy materialistic theories about the origin of Life are true, why all that fuss about Life of humankind then? Why are the criminals so severely punished for killing other people if Life is just a “material question”?

Therefore, the divine origin of Life is proven by showing the incoherence between the materialistic theories about it and the facts occurring in real life. We don’t love the descendants of bacteria travelling on rocks, or beings that came out from a soup of four elements and so forth. We love the Self in them. As the Self is completely spiritual (i.e. He is not material), the origin of Life cannot be ever traced by material processes. It would be like affirming that a person is beautiful because his body is beautiful. The person is not his body, and this is why a beautiful body does not necessarily mean a beautiful person. This is so elementary, you know.

All in all, I can affirm that the origin of Life cannot be discovered by studying matter because the Self is spiritual. As a result, if modern science is determined to go this material way in order to explain the origin of Life, I can establish that modern science will become another indomitable agent of spiritual ignorance. This is no good news to the rest of people, of course.

In the past, religious theories about the position of earth in the universe, etc. were taken seriously in the West. Now, they look absurd. In the same way, the present scientific theories about the origin of Life are being taken seriously (long documentaries on TV, for instance), but they are absurd too. So, it is about time people realized how stupid those theories are. Anyway, a person who is the fortunate possessor of an intellect that thinks properly can see their inherent stupidity right now.